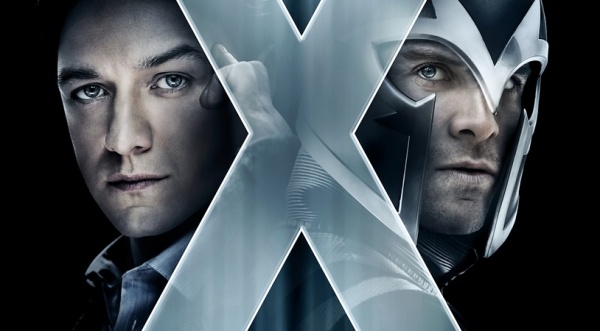 Super hero comic books and movies abound these days. One such famous comic is called the X-men.

According to the comics, the X-Men are people with special abilities and powers. They were humans with a genetic trait called an X-gene, resulting in mutation and allowing them to develop super human powers. Before they became X-Men, they were ordinary people. But after, they became new people and received special powers. In a sense, they are now “ex-men”, because they are no longer the old people they used to be.

Paul says something similar about us. He wrote:

“This means that anyone who belongs to Christ has become a new person. The old life is gone; a new life has begun!” (2 Corinthians 5:17, New Living Translation).

“But to all who believed him and accepted him, he gave them the power to become children of God” (John 1:12).

“But you will receive power when the Holy Spirit comes upon you” (Acts 1:8).

Isn’t this cool? When you belong to Jesus, you are a new person and you are gifted. X-Men are not fiction. They are real. You are the real X-Man or X-Woman of God. True X-Men are people who have trusted Jesus to save them. When they did, they became new people and God gave them special powers.

Could it be possible that comic book authors borrowed a deep spiritual truth from the Bible when they created X-men and other super hero genres? Perhaps.

Notice some of the powers these fictional characters have. They are similar to the spiritual abilities God has given His people.

Professor X: He is the founder of X-Men and one of his abilities is to be able to sense the presence of other X-men.

Did you know that God says when we become Christians, he will help us become more sensitive to others? With God’s help, James says we will be able to do powerful things like loving our neighbours as ourselves (James 2:8).

Storm: She can fly by riding through wind currents.

Isaiah says God’s people “will find new strength. They will fly high on wings like eagles” (Isaiah 40:31). When Christians face trials, troubles and temptations, God gives us peace and strength to fly above and through those circumstances.

Wolverine: He has the ability to endure and recover quickly.

Paul says, no matter what life may throw at Christians, God will help us to keep getting up and moving forward because he has promised to “keep you firm to the end” (1 Corinthians 1:8).

Match: He is basically a human torch.

When we are in Christ, we become a human torch with that light (Jesus himself) shining in our hearts. Jesus said “I am the light of the world…you will have the light that leads to life” (John 8:12).

Wind Dancer: She moves with the power of the wind..

The Bible says God’s people are led by the Spirit or “wind” of God (John 3:8). When the Spirit leads us, we will have grow in gifts and fruits of the Spirit.

Cipher: One of her abilities is to make herself invisible.

Paul says our life is invisible now, “For your real life is hidden with Christ in God” (Colossians 3:3). When the devil, your accuser comes looking for you, he can’t accuse you any longer. It’s almost like we are invisible to Satan because he no longer has any power over us. Instead, your life is hidden and clothed with Christ’s righteousness and perfection.

The power of God in you

Sometimes we don’t fully understand what happened to us when God chose us and we gave our hearts to Jesus. The Bible says when we accepted Jesus, He accepted us. Here’s a few more amazing things that have happened to you if you’ve given your life to Christ:

If you’re a follower of Jesus, you have more power than any superhero.

Do you belong to Jesus? If you do, you are a new person, and you are empowered. You are an X-Man or X-Woman of God. And nothing could be better than that!