The long wait is over! I always wanted to share a defense on the divinity of Christ, and the Trinity or Godhead of the Bible. The more I spoke to Christians, not the Jehovah Witness’ and Muslims, I found that they were not very clear about the divinity of Jesus, and the doctrine of the Trinity. In my e-book, available now on Amazon, I have responded to some of the main arguments against the Divinity of Christ, and shown how the Bible shows the doctrine of the Trinity.

My e-book covers the following topics:

THE DIVINITY OF JESUS: IS JESUS GOD?
JESUS IS A LESSER GOD?
JESUS HAS THE NAME JEHOVAH?
NO MAN HAS SEEN GOD
WHAT DOES SON OF GOD MEAN?
ONLY GOD IS TO BE WORSHIPED
JEHOVAH THE MAKER BY HIMSELF
HEAD OF CHRIST IS GOD
WHY CALL ME GOOD
JESUS DID NOT KNOW THE HOUR
WHY HAVE YOU FORSAKEN ME?
JESUS IN THE MIDST OF THE THRONE
ANOTHER PERSON CALLED JEHOVAH
THE HOLY SPIRIT
GODHEAD OR TRINITY
COUNCIL OF NICEA

“The author has done a nice job of explaining the biblical concept of the Trinity and tackling several common challenges. This looks pretty thorough for a relatively brief booklet” – Christopher L.

“This booklet expanded my understanding of God as it lays down key truths about Jesus’s divinity in a simplified manner from the Bible. I have shared this with my youth group, and they loved it” – Christina  Wijesinghe

Here’s the link to my e-book: 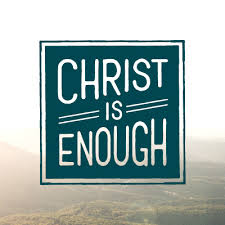 My name is John Mendis.